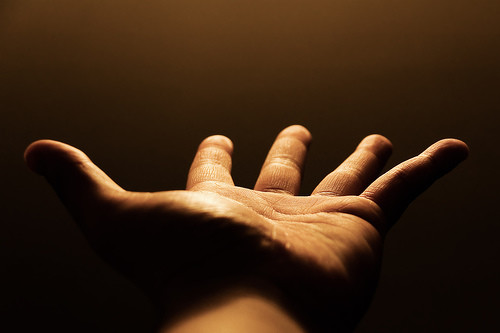 Posted on February 24, 2017 by theJeffLeitch Posted in Uncategorized

The events that triggered this post are old news. Nine days ago is old news, but the events have literally stuck with me for nine days straight and probably will for much longer. On February 15th I woke up like every other morning and immediately grabbed my phone, deleted unwanted email and tuned into social media to see what is happening personally and professionally in the World. Typically the personal news is dark and political and the professional news is progressive noise. However, last Wednesday I was caught off guard by two stories that woke me up, warmed my heart, inspired me and literally gave me chills. I am a rather emotional being, so chances are you won’t be effected nearly the same. However, I challenge you to take it to heart, think, learn and just be better for yourself and the rest of those who encounter YOU.

The first story I saw on Mashable was regarding the CEO of Google, Sundar Pichai and a 7 year old girl in England. Her name is Chloe Bridgewater and she recently had a conversation with her Father about where he would like to work. He described the bean bags, slides and go-karts as he showed her pictures of the Google California campus. She was inspired and decided to submit an employment application in the form of a letter to Google. Chloe received a response from none other than the CEO himself! He encouraged and inspired her and many others, including myself. I am impressed the CEO of Google took the time to respond to Chloe, this 7 year old girl. How many times are we “too busy” for so many things. I am sure Sundar has unread emails, items left unchecked on his to-do list and many meetings to attend and calls to answer/return. However, he took the time to respond, make this girl’s day and mine as well. I find myself inspired by Sundar’s character and actions. So, if the CEO of Google can make time for such a response, what could/should I say yes to?

The second story I saw later in the day on Fortune. This article described a man who witnessed an unconscious man driving on the Autobahn in Germany. He took action and positioned his Tesla Model S in front of the unconscious man’s car and slowed down to bring the vehicle to a stop. He then administered first-aid to the man who apparently had suffered a stroke. This driver’s actions are incredibly inspiring by themselves. How many of us would sacrifice ourselves in such a way? As if this isn’t enough, the Tesla CEO, Elon Musk tweeted that Tesla will pay for the repairs to the vehicle.

I work in marketing and these are two events with great marketing & brand implications. However, I feel them on a more personal note. I have long felt defined by what I do more so than who I am. Recently I have thought more about how I can define myself more by who I am than what I do. I am more than a digital marketer. I am more than a spreadsheet, data, audience targeting, digital media guy connecting media, marketing and business analytics. I am a human being on this planet with you. We both only get so much time to make a difference, big or small everyday. So, whether we take the time to answer a 7 year old, save a Life or do the right thing. These actions speak to what these men are willing to do, in an unexpected moment. What will you do in that next moment? What defines you?